How can you use control charts with a process where you expect the average response to trend up or trend down over time?  Last month we took a look at global warming through the eyes of a control chart.

The data indicated that there were periods of stability – where the temperature neither increased or decreased – until around 1997.  Since then, there appears to have been a steady upward trend in the global temperature on almost a yearly basis.

You may download a pdf version of this publication at this link.  Please feel free to leave a comment at the end of the newsletter

If it is in statistical control, we typically think that the process has one average and one measure of variation.  The “one” average comes from the center line on the X chart.  The measure of variation (the estimated standard deviation) comes from the average range on the mR chart.   Of course, no process is unwavering, but it is helpful to think about statistical control, in the classical sense, as having one average and one measure of variation.  This is shown in Figure 1.  But what about processes where you don’t expect there to be just “one” average?  That is where the trend control chart comes in. 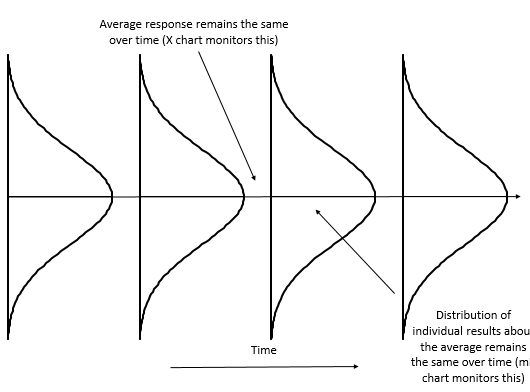 There are processes where you don’t expect the average to stay the same over time.  You expect the average to move up or down.  Examples include catalyst activity, financial items affected by inflation, and tool wear.  If these parameters are plotted using the classical Shewhart control charts, the process will appear out of control because the average is not staying the same.  But the process is not out of control because the average naturally moves up or down over time.  This is shown in Figure 2.

Figure 2: Variation in a Process with a Trend 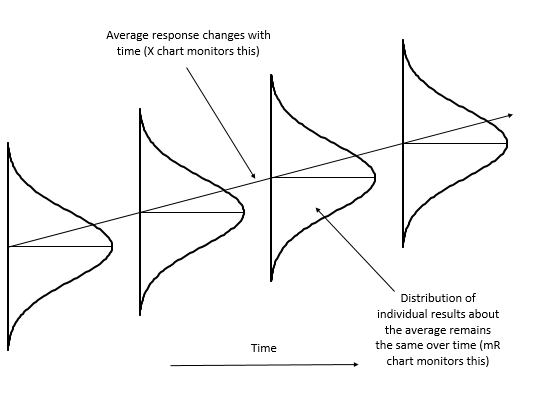 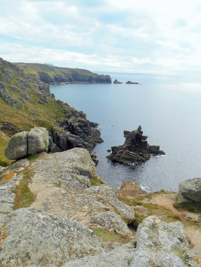 The data used in this analysis was downloaded from the Goddard Institute for Space Studies (GISS) website at this link.  GISS is part of the National Aeronautics and Space Administration (NASA).  Last month, we looked at using a control chart to see periods of stability and periods when the global temperature was increasing.  The data covered the years from 1880 – 2015.   The annual data was used in last month’s publication.  The data were based on the meteorological station data, which is called the dTs data.

There is also the LOTI (land-ocean temperature index).  According to the website, LOTI "provides a more realistic representation of the global mean trends than dTs; it slightly underestimates warming or cooling trends, since the much larger heat capacity of water compared to air causes a slower and diminished reaction to changes; dTs on the other hand overestimates trends, since it disregards most of the dampening effects of the oceans that cover about two thirds of the earth's surface."

Our analysis last month showed that there was a long period of stability from 1936 to 1976.  The temperature then began to increase in 1977.  We will use the data from 1977 to 2015 in our trend control chart discussion.  These data are shown in Table 1.

Table 1: Temperature Deviations Based on Baseline Period of 1951 to 1980

The data in Table 1 were used to construct an individuals control chart.   The X control chart for the data is shown in Figure 3.  You can easily see that the global temperature deviation is not consistent over time.  It appears to be steadily increasing.  There are runs above and below the average as well as points that are beyond the control limits.  This X control chart is not very useful for predicting what will occur in the future. 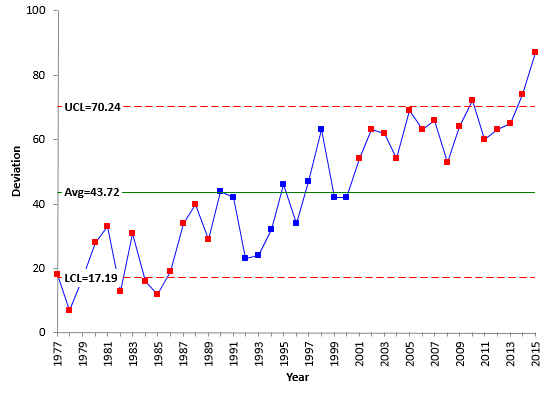 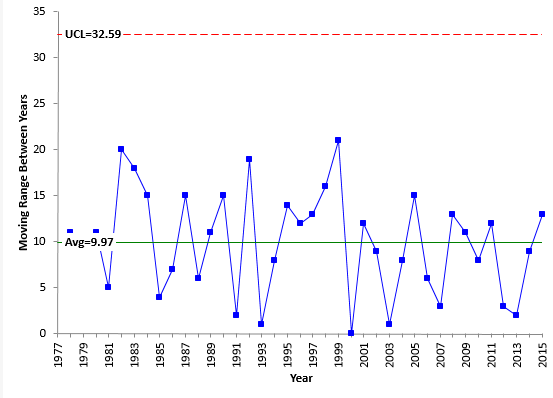 Note that the control limits are based on the overall average (X) and the average range (R).  The problem is the average in the global temperature deviations. It looks to be increasing in a predictable pattern.  Let’s check this with the trend control chart.

The trend control chart will help handle situations where the data are increasing or decreasing in a predictable fashion.  The first step is to determine the best-fit line of the data.  This equation has the following form:

where (for our example) Xt is yearly temperature deviation, t is the year, m is the slope of the line and b is the y-intercept.  You then substitute this equation for the average in the control limit equations.  So, the control limits for the trend control chart are given by: 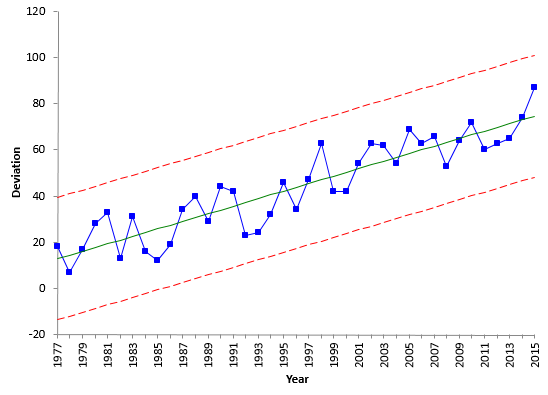 You can use the best-fit equation to determine the values for the average, UCL and LCL in 2015.

You can now use the trend control chart to predict, within a range, what the deviation in the global temperature will be in 2016.

The trend control chart performs just like a classical control chart.  It monitors the process for any special causes of variation and, if it is in statistical control, it can be used to predict future values- at least, within a range.