How Many Samples Do I Need?

We are always trying to improve things – our processes at work, our health, our children’s test scores – the list goes on and on.  But how do we decide if something we do has made a real difference?  For example, how do we know if:

Only one way I know.  And that is to use data.  No matter where you work, you need data of some type to make a decision.  But rarely can you do 100% inspection.  Costs too much, takes too long, uses up all the product.   So, you must take samples – and that generates the following question:

How many samples do I need to make a good decision?

Such a simple, straightforward question.  Correct?  How many samples do you need to determine if the new process makes a product with the same hardness as the old process?   1? 5? 10? 30?  That value of 30 is used a lot – must be a good sample size.  Right?

Answering the question of “how many samples do I need” is easy.  Just pick a number, like 30.  Understanding the impact of that number you pick is not quite so easy.   This month’s newsletter takes a look at how to determine the sample size you need to make decisions about your process.  It is all about “power” and about the potential for making errors.

Last month’s publication took a look at the steps in hypothesis testing.  We will build upon that foundation in this publication.  The example used in that publication is that a lean six sigma project team is recommending a change in the coating process to help reduce costs.

This is called a two-sided hypothesis test since you are only interested if the mean is not equal to 5.  You can have one-sided tests where you want the mean to be greater than or less than some value.

The team picked α = 0.05 as the significance level.  1 – α gives us the confidence level.  With α = 0.05, our confidence level is 95%.   α also represents the probability of rejecting the null hypothesis when it is actually true.  This is called a Type 1 error.  More on this below. 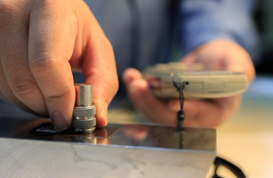 The team made the process change, took 25 samples and measured the coating thickness.  They calculated the average and standard deviation of the 25 samples with the following results:

We will assume that we are dealing with a normal distribution.   As shown in last month’s publication, z is defined as:

where X is our sample average, s is standard deviation and n is the sample size.

We say then that we can be 95% confident that the true mean of the coating is between 4.9816 (the lower confidence limit) and 5.1384 (the upper confidence limit).  Since 5 is included in this interval, we conclude that the null hypothesis is true.  This is shown in Figure 1 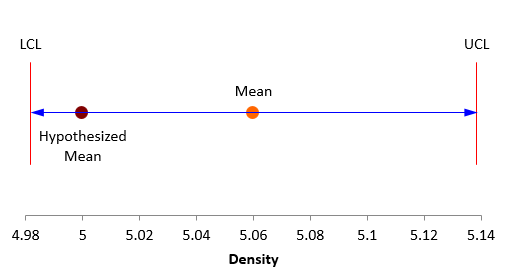 The Difference to Detect

One question that is often ignored in these types of studies is: 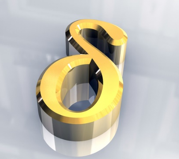 What is the difference you want to be able to detect?

The team wants to be sure that the average coating is not different than 5.  But with a new process, the average will most likely not remain identical – there will be a change no matter how slight.  So, the question becomes how far from 5 can the new process average be and still be acceptable.  This is the difference you want to be able to detect.  We will call this difference δ.  The confidence interval equation above can be rewritten as:

As shown in the confidence interval calculation above, δ = 0.0784.  What does this mean?   It means that, for the 25 samples the team took, they could detect a difference in the coating mean as long as it was greater than ±0.0784.  Differences less than that could not be detected.

Suppose it was critical to be able to detect a difference of δ = ±0.05.  This value is less than 0.0784.  So, we have to decrease δ.  There are three ways to decrease δ based on the equation above:

Most of the time, we like using 95% confidence level so we don’t want to change α.  We don’t really want to increase the chance of a Type 1 error – rejecting the null hypothesis when it true.   Not much we can do about the standard deviation in the short term.  So, we need to increase the sample size.  But by how much?

You can solve the above equation for n to estimate how many samples you to detect a change of δ.

Type 1 and 2 Errors and Power 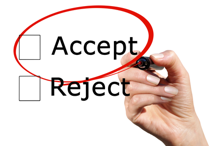 Power is directly related to β.  Power is defined as:

When someone says the sampling scheme has a power of 80%, it means that there is a 20% of making a Type 2 error – accepting the null hypothesis as true when it is in fact false.

It helps to visualize the two types of errors to help us understand what they mean.  Figure 2 shows the Type 1 error for a two-sided test like in the coating thickness example.    One x-axis is based on the distribution of sample averages; the other on the z value (average = 0; standard deviation = 1). 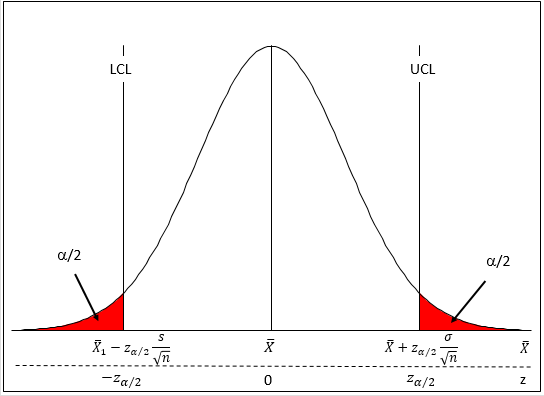 As long as the hypothesized mean (μ0) is between the lower confidence limit (LCL) and upper confidence limit (UCL), we accept the null hypothesis.  This is what we did in the coating thickness example and as shown in Figure 1.  You control how often you make a Type 1 error through the selection of α. 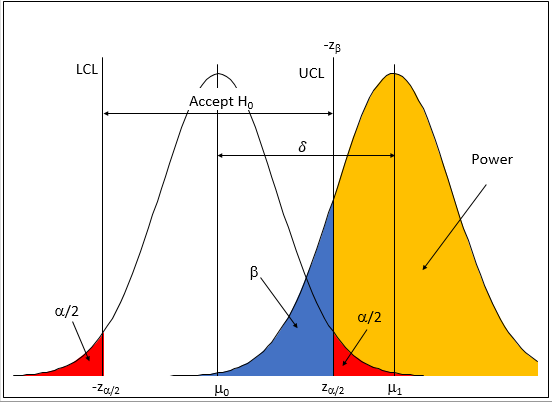 Look at the “Accept H0” range in the figure.   This is the range where we will accept that the null hypothesis is true – because we are assuming that our process distribution is on the left side of Figure 3.  In our coating thickness example, it is the distribution related to H0 = 5.

But suppose that the process change really did move the true mean by δ so H0 ≠ 5 is really true.  We are now sampling from the distribution on the right.  If we sample that distribution and get a result that falls into the blue area of that distribution, we would conclude that the null hypothesis is true – when in fact it is false.  So, we would make a Type 2 error.  The value where this occurs is –zβ as shown in Figure 3.

The “power” is shown in the yellow shaded portion of Figure 3.  If our sample result is in this area, we conclude correctly and reject the null hypothesis in favor of the alternate hypothesis.  You want power to large – 80% or more.  Power is always related to the difference you want to detect.  It has no meaning without a difference to detect.

Determining the Number of Samples You Need

Take a look at Figure 3.  Note that there are two ways to define the upper confidence limit:

You can now solve for δ using the two above equations:

You can use this equation to determine what difference you can detect (for a normal distribution) for values of α, β, s and n.

You can also solve the above equation for n:

What is the power if we want to detect a difference of  δ = 0.05 and take 25 samples?  As it turns out the power is about 24%.  This means that you have a 76% chance of making a Type 2 error – accepting the null hypothesis when it is in fact false.  That is why it is important to determine the difference you want to detect as well as the values to use for α and β.

Many software packages (including SPC for Excel) will generate power curves for sampling plans.  An estimate of the standard deviation is needed.   Two of the following three must be entered: the sample size, the difference to detect, and the power.  Alpha and the type of test (two-sided or one-sided) are also required.

Return to the coating thickness issue.  Suppose we wanted to know the sample size required to detect differences of 0.15, 0.10 and 0.05 at a power of 80% and 90% using a standard deviation of 0.2 with alpha = 0.05 and a two-sided test.  The power curve in Figure 4 was generated using the SPC for Excel software.  To see a video of power curves in SPC for Excel, click here. 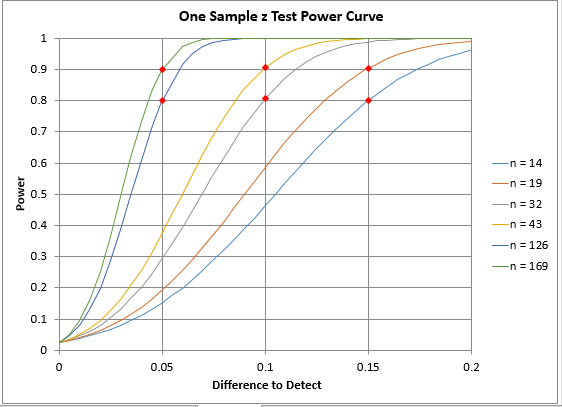 The table below summarizes the results.  It requires 14 samples to detect a difference of 0.15 with a power of 80% and 19 samples for a power of 90%.  To detect a difference of 0.05 at 80% power requires 126 samples and 169 samples at 90% power.  The actual power column represents a calculation of the actual power since the sample size is rounded.

This publication examined how to determine how many samples you need to take to make a decision about your process.  Far too often we only worry about Type 1 errors, when in reality, we need to be concerned also with Type 2 errors.  You will often need to take tradeoffs to reduce the sample size needed – tradeoffs in terms of the difference to detect or the power – as well as the probability of making a Type 1 error.  Deciding on the difference you want to detect should be done before worrying about how many samples you need.