(Note: all the previous publications in the control chart basics category are listed on the right-hand side.  Select "Return to Categories" to go to the page with all publications sorted by category.  Select this link for information on the SPC for Excel software.)

You may download a pfd version of this publication at this link.   Please fee free to leave a comment at the end of the publication.

The calculation of control limits to place on a control chart is straight forward.  The control limits are set at +/- three standard deviations of whatever is being plotted.  The calculations have been around a long time.  This is how you determine if you only have natural variation in the process (common causes which are consistent and predictable) or unnatural variation in the process (special causes which are unpredictable).  This is the only way to separate special from common causes of variation. Yet, people continue to do weird things to determine their own “control limits.”

For example, there is an on-line article from a teacher who was applying Six Sigma techniques in his classroom. He is to be commended for trying to improve what goes on in the classroom. Below is what he wrote about the “control limits” on his “control chart.”

“In manufacturing these limits are frequently calculated using three times the standard deviation, but that requires a consistent, highly controlled, highly repeatable process. In education, we must set these limits based on experience and our personal grading philosophies. As such, I have set my control limits at 75% and 88% for class-wide classwork weekly averages.”

The teacher did see some things to improve.  But this will often happen if you just plot the data over time.  But that doesn’t make it a control chart to allow you to separate special causes from common causes.

Does it really matter how the control limits are set? After all, there is some gain simply from plotting the data over time.  Yes, it does matter how control limits are set. The problem is that we seem to have made the control chart a more complex tool than it needs to be in recent years.  One reason this has happened is we began to worry about probabilities instead of letting our knowledge of the process help us.

Some of us appear to have lost sight of what a control chart is supposed to do. We seem to focus more and more on probabilities. You have heard this no doubt: the probability of getting a point beyond the control limits is 0.27% (assuming your data are normally distributed) even when your process is in statistical control (just common causes present). Or conversely, the probability of getting a point within the control limits is 99.73% when your process is in statistical control.  I am guilty of doing this in some my writings over the years. We worry about increasing those false signals – assuming something is a special cause when it is due to common cause.

Some people look at a control chart as a series of sequential hypothesis tests and assign an error rate to the entire control chart based on the number of points. An on-line article (from statit.com) does that and recommends increasing the three sigma limits to larger values as the number of points on the chart increases. In fact, they appear to scoff at the reason the three sigma limits were originally set:

“Well, Shewhart and Deming would tell you that they have been shown to work well in practice, that they minimize the total cost from both overcorrecting and under-correcting.”

This means that there is 6.5% chance of a point being out of control whenever you have a control chart with 25 subgroups. And as you add more points, that probability increases. For 100 points, the probability is given by: 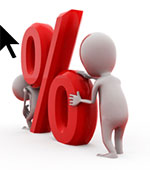 For the 100 charts containing 25 subgroups, there were 6 control charts with at least one point beyond one of the control limits. So very close to the 6.5% mentioned above.

For the 100 control charts containing 100 subgroups, there were 30 control charts with at least one point beyond one of the control limits. So, 30% had “false signals.” A little higher than the 23.7% shown above.

Shewhart and The Origin of the Three Sigma Limits

Dr. Walter Shewhart is regarded as the “father of statistical quality control.” He developed the control chart almost 100 years ago. Control charts were described in 1931 in his book Economic Control of Quality of Manufactured Product. He is the one who set the control limits at three sigma. How did he arrive at this?

So, how did Shewhart determine that three sigma limits were the correct ones to use? Here is a quote from his book mentioned above:

“For our present purpose, a phenomenon will be said to be controlled when, through the use of past experience, we can predict within limits, how the phenomenon may be expected to behave in the future. Here it is understood that prediction within limits means that we can state, at least approximately, the probability that the observed phenomenon will fall within the given limits.”

And more from his book:

“We must use limits such that through their use we will not waste too much time looking unnecessarily for trouble.”

“The method of attack is to establish limits of variability . . . such that, when an observation is found outside these limits, looking for an assignable cause is worthwhile.”

“Experience indicates t=3 seems to be an acceptable economic value”

“Construct control charts with limits µ ± t for each statistic. If an observed point falls outside these limits, take this fact as an indication of trouble or lack of control.”

Here is one more quote:

“Hence the method for establishing allowable limits of variation in a statistic depends upon the theory to furnish the expected value and the standard deviation of the statistics and upon empirical evidence to justify the choice of limits.”

So, you need a method of calculating an average and a standard deviation of what you are plotting.  That is the statistical part. But, the empirical evidence appears to have been the key. And from Dr. Donald Wheeler in his book Advanced Topics in Statistical Process Control (www.spcpress.com):

“Three sigma limits are not probability limits.…..it is important to remember that there other considerations which were used by Shewhart in selecting this criterion….the strongest justification of three-sigma limits is the empirical evidence that the three sigma limits work well in practice – that they provide effective action limits when applied to real world data.”

In Dr. Wheeler’s book, he does use some statistics to explain why the control limits work so well, but clearly states that these statistics “cannot further justify the use of three sigma limits, but reveal one of the reasons they work so well.”

Back to Probability and Control Charts

Dr. Wheeler wrote explicitly about control charts and the probability approach in his book referenced above. This section summarizes some of his points. First, remember what control charts do. They determine if there is controlled or uncontrolled variation in a process. This is what a control chart does. What is the probability approach to control charts? You have seen it above – that control limits are calculated so that 99.73% of the time a point will be within the control limits and 0.27% of the time out of the control limits. Dr. Wheeler points out that Shewhart addressed this in his book. Essentially Shewhart wrote that if a process was perfectly stable and if we knew the details of the underlying statistical distribution, then we could work in terms of probability limits.

But that is not the real world. In reality, we never know those two things for sure. Nor do we ever know for sure the average and the measure of dispersion (e.g., standard deviation) of whatever underlying distribution there may be. So, the probability approach does not apply. The assumptions needed to apply this approach are not met – knowing the process is stable, knowing the exact underlying distribution, knowing the exact average and knowing the exact measure of dispersion. “Thus a major problem with the probability approach to control charts is that it is totally out of contact with the real world.”

Dr. W. Edwards Deming also spoke about this in his book Out of the Crisis.  Dr. Deming said:

“The calculations that show where to place control limits on a chart have their basis in the theory of probability.  It would nevertheless be wrong to attach any particular figure to the probability that a statistical signal for detection of a special cause could be wrong, or that the chart could fail to send a signal when a special cause exists.  The reason is that no process, except in artificial demonstrations by use of random numbers, is steady, unwavering.”

Dr. Deming goes on to say:

“Rules of detections of special causes and for action on them are not tests of hypothesis that the system is a stable process.”

The probability approach has led to people putting restrictions on control charts.  The data must be normally distributed.  Control charts work because of the central limit theorem (our May 2017 publication addresses this fallacy).  This has hurt the use of control charts over time.

Control charts are consistent with theory but it is the empirical evidence that they work that takes them outside the restrictions of the probability approach. Control charts work in the real world – unlike the assumptions needed to use the probability approach. It is hard for some of us to accept that control limits work because of all the empirical results.