This month's newsletter is the third in a three-part series on using the ANOVA method for a Gage R&R study.  This method uses analysis of variance to analyze the results of a Gage R&R study instead of the classical Average and Range Method

Many people refer to the AIAG’s Measurement Systems Analysis Manual (www.aiag.org) when doing Gage R&R studies.  AIAG stands for Automotive Industry Action Group.  For years, the most used method for Gage R&R was the Average and Range Method.  This method calculates the % of the total variation that is due to the Gage R&R (repeatability and reproducibility).  The total variation is based on the standard deviation.

Recently more people are beginning to prefer the ANOVA method for conducting Gage R&R studies.  The ANOVA method includes the interaction between the operators (or appraisers) and the parts.  ANOVA breaks down the variance into four components: parts, operators, interaction between parts and operators and the repeatability error due to the measurement system (or gage) itself.  The interaction seldom is often insignificant and has little, if any, impact on the results.

The ANOVA method, however, allows you to estimate the variance of the components.  If you base the % of total variation on the variance, instead of the standard deviation, you can get very different results – as we will show you in this newsletter.  Which is the best method to use?

The first part of this series focused on part of the ANOVA table.  We took an in-depth look at how the sum of squares and degrees of freedom were determined.  Many people do not understand how the calculations work and the information that is contained in the sum of squares and the degrees of freedom.  In the second part of this series we completed the ANOVA table and showed how to determine the % of total variance that is due to the measurement system or what is also called the % GRR.

We will start this newsletter with a review of the sources of variation in a process.  This is followed by refreshing your memory with the data set we are using and the ANOVA results from the first and second part of this newsletter series.  We will then look at how AIAG uses the standard deviation to estimate of the % GRR and how this differs from using the variance to perform the estimate of the % GRR.  We will then compare the ANOVA method and the average and range method.

As always, please feel free to leave a comment. 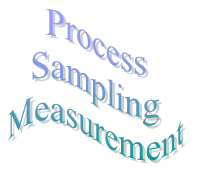 Suppose you are monitoring a process by pulling samples of the product at some regular interval and measuring one critical quality characteristic (X). Obviously, you will not always get the same result when measure for X. Why not? There are many sources of variation in the process. However, these sources can be grouped into three categories:

In a Gage R&R study, you can break down σms2 into its two components:

We are using the data from our December 2007 newsletter on the Average and Range Method for Gage R&R. In this example, there were three operators who tested five parts three times. A picture of part of the Gage R&R design is shown below.

The data from the December 2007 newsletter are shown in the table below.

The operator is listed in first column and the part numbers in the second column.  The next three columns contain the results of the three trials for that operator and part number.  For example, the three trial results for Operator A and Part 1 are 3.29, 3.41 and 3.64.

The data was analyzed using the SPC for Excel software.  The ANOVA table is shown below.

As you can see in the table, the “operator by part” source is not significant.  Its p value is 0.9964.  Many software packages contain an option to remove the interaction if the p value is above a certain value – most often 0.25.  In that case, the interaction is rolled into the equipment variation.  We kept it in the calculations in Part 2 – though it has little impact since its mean square is so small.

Table 3: Contribution to % Total Variance Including the Interaction

Table 4: Contribution to % Total Variance Without the Interaction

Standard Deviation and the ANOVA Method

You should note that the results in the table above are based on the contribution of each source to the % of total variance.  AIAG’s average and range method bases the results on standard deviation, not the variance.   This is one of the major issues some folks have with the average and range method – the standard deviations are not additive -  like the variances are.

Table 5: % of Total Variation Based on Standard Deviation

The fourth column multiplies the standard deviation by a “sigma” multiplier.  In the past, 5.15 was used, but the more recent editions of the Measurement Systems Analysis manual uses 6.  This gives a spread of the results for each source of variation - in this case 6 sigma.  In the table above, EV = equipment variability, AV = the appraiser (or operator variability), PV = the part variation and TV = the total variation.

What this means is that when you add up the contribution of each source to the total variance, you will get 100%.  However, when you add up the contribution to each source to the total variation (based on the standard deviation), you will not get 100%.  In fact, when using the standard deviation, the % of total variation never add to 100.  The table below shows the results for the data we are looking at. 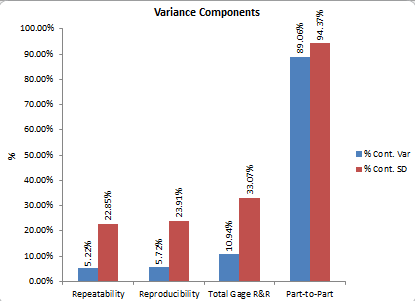 Table 7: GRR Based on Average and Range Method 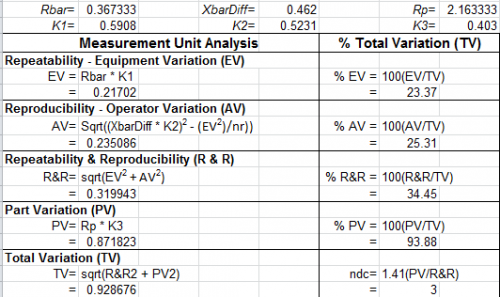 Table 8: Comparison of Average and Range Method with the ANOVA Method

So, the results from the average and range method are very similar to the ANOVA method.  The major question that should be asked is should I be basing the results on the standard deviation or on the variance?

Which Should I Use?

A good measurement system should not be responsible for more than 10% of the total variance.

If you have the option, go with the % of total variance.