I can't begin to tell you how helpful the articles in your knowledge base have been to me and my company. I've taken a lot of statistics, in college, grad school, Lean Six Sigma Black Belt certification courses, corporate training, etc, and the explanations you have provided are by far the best SPC resources I've encountered. I particularly appreciate your use of actual examples with numbers that I can copy down in an Excel spreadsheet and review to enhance my own understanding of the material. You have provided an excellent service to the SPC community!" 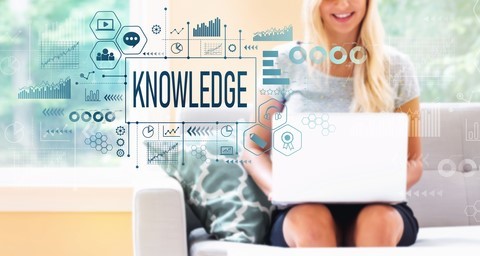 Below are our past publications (dating back to January 2004) as well as articles. The publications contain the featured topic for the month. The articles are pdf files.  If you would like to search our publications by category instead of by month, please select this link.  Select the "Subscribe" button to the right to sign-up for our monthly publications.

Learn More About SPC for Excel

Which Out of Control Tests Should I Use? (November 2022)

The Impact of Bar Width on Histograms (October 2022)

What Do I Work on First: Process or Measurement? (June 2022)

Analysis of Variance (ANOVA) and the Variability Chart (May 2022)

The g Chart vs the Individuals Chart (October 2021)

Control Charts and Adjusting a Process (May 2021)

Plotting the Data and Immigration (March 2021)

The Calculations Behind a Gage Linearity Study (February 2021)

What Do the Process Capability/Performance Metrics Measure? (December 2020)

A Tale of Two Precision to Tolerance Ratios (March 2020)

The Problem of In Control But Out of Specifications (February 2020)

The Analysis of Means and Ranges (January 2019)

The Difficulty of Setting Baseline Data for Control Charts (November 2018)

Operational Definition of a Consistent Measurement System (May 2018)

The Impact of Measurement Error on Control Charts (January 2018)

Control Charts and the Central Limit Theorem (May 2017)

Interpretation of Alpha and p-Value (March 2017)

Applying the Out of Control Tests (January 2017)

A Look Back at Variation (December 2016)

Just Because There is a Correlation, Doesn't Mean .. (November 2016)

Specifications and Measurement Error (May 2016)

SPC and Selecting a Supplier (October 2015)

Cpk Alone is Not Sufficient (April 2014)

The Theory of Constraints (February 2014)

Control Charts and Purchasing (May 2012)

Returning to the Basics: Variation (January 2012)

When to Calculate, Lock, and Recalculate Control Limits (August 2011)

The Purpose of Control Charts (March 2011)

Control Limits - Where Do They Come From? (September 2010)

Measurement Systems - Is Yours Any Good (November 2009)

Review of Past Newsletters (August 2008)

Failure Mode and Effects Analysis (May 2008)

Are the Skewness and Kurtosis Useful Statistics? (April 2008)

Small Sample Case for c and u Control Charts (March 2008)

Another Look at Variation (January 2008)

The Impact of Statistical Control (February 2006)

Analyzing Cause and Effect Diagrams (November 2005)

Creating Cause and Effect Diagrams (October 2005)

Rational Subgrouping and Xbar-R Charts (May 2005)

"Cutting Costs, Not Employees" - this paper describes how organizations can cut costs without cutting employees; it also describes the role of the quality professional in making this happen. (Download size: 400 KB)

"Process Management" - this paper was presented at the Annual Quality Congress and shows how one company is using Process Management as its method to embed quality into the culture of the company, to run its business, to optimize systems and to reach its vision. At the heart of Process Management is a five-step method that is applied to each primary process: define, document, measure, manage and improve. The model represents a blend of process and people skills, which include statistical analysis of processes, teamwork, and team styles. (Download size 275 KB)

"Quality Skills Training: A Roadmap For Learning" - this paper was presented at the Annual Quality Congress. The purpose of this paper is to provide a blueprint for conducting monthly quality training to all associates. The major component of this blueprint is called Quality Skills Training (QST). QSTs are one and half-hour training sessions. This paper describes how these training sessions are designed and includes a teaching guide for one topic: creativity. This paper is designed to be part of an interactive session where the QST on creativity is presented as part of the blueprint. (Download size 378 KB)

"Develop Effective Metrics for Supply Management" - this paper was presented at the 90th Annual International Supply Management Conference. Metrics are used to know where you are, where you have been and where you are going. This paper examines a process for selecting metrics based on the organization's vision. The best way to know if a metric is changing is to examine the data over time using time-series charts. A ten-step process to implement metrics is also presented. (Download size 61KB)